The Shop and Apartments

This project involved refurbishing a new retail space on the ground floor and two mezzanine apartments above right in the heart of Chagford, an ancient town in the middle of Dartmoor. It was designed by Heighway Field Architects, whom we have worked with on the Barn Conversion.

The ancient granite building proved to be in less-than-good shape, which we discovered very quickly as works began. The roof was unsalvageable, all of the floor joists had to come out, the lintels were rotten. In the end it was decided to demolish most of the structure and be left with a shell of four granite walls.

Formerly a two-storey building, the plan was to create three-storeys with the help of several large steels to support the new floors. The biggest challenge however was meeting the already tight deadlines for the shop handover and later on for the flats. Effectively, this job was three sites in one which posed a new challenge for the project and site managers.

The finished flats are well designed in their layout and have beautiful finishes such as wooden floors, exposed douglas fir trusses which were bespoke made on site, modern bathrooms and contemporary kitchens. On the outside, there is a balcony to enjoy views of the moor, zinc cladded dormers and a beautiful natural slate roof.

More of Our Previous Projects 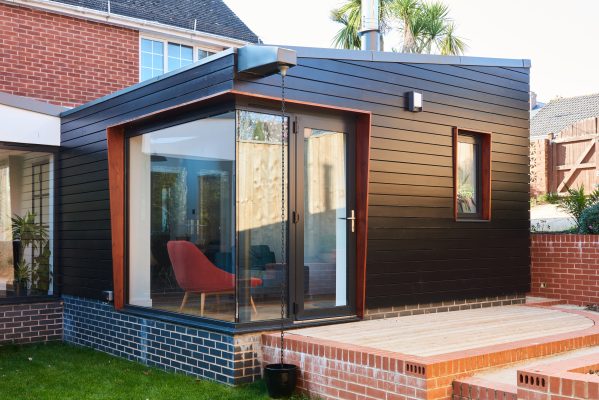 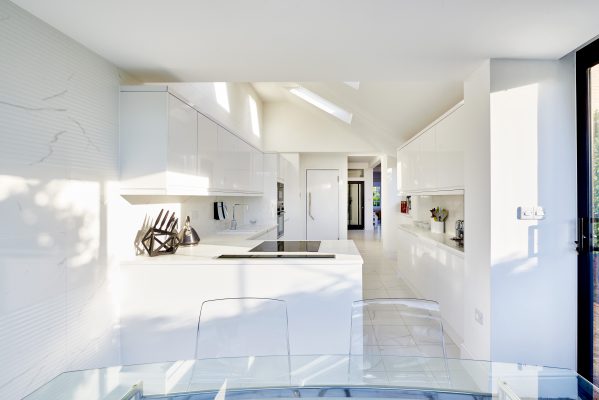 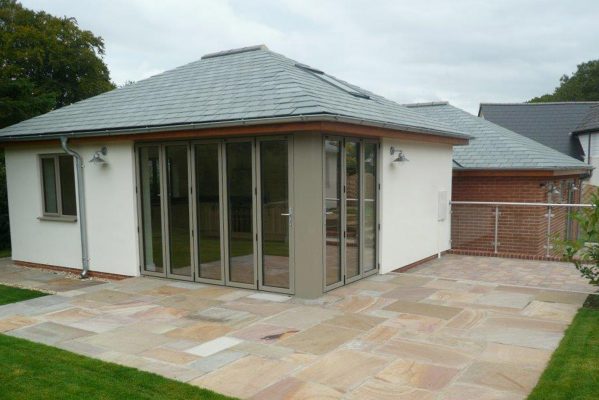